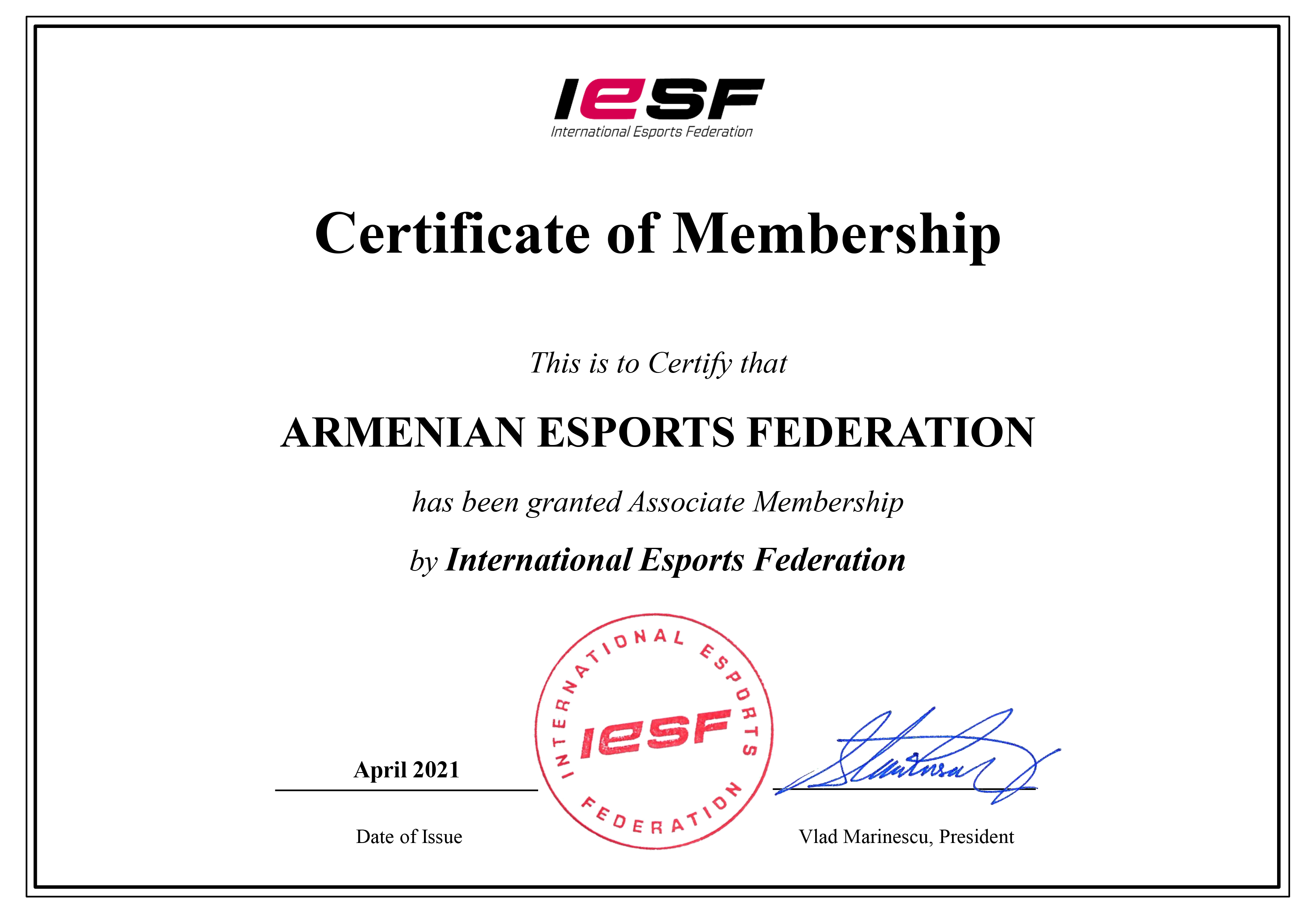 Having more than 100 member countries IeSF promotes Esports in a global-scale, as well as organizes various Esports events and tournaments.

After acquiring IeSF membership, AEF can organize IeSF National Qualifiers, where winners will compete on Regional Qualifiers. The participants who will also succeed in Regionals, will take part in the Final Championships.

Thus, we have exciting news for Armenian Esports athletes and Esports geeks.

Winners will participate in Regional Qualifiers. Upon succeeding them, participants will take part in the 13th Esports World Championship EILAT 2021.