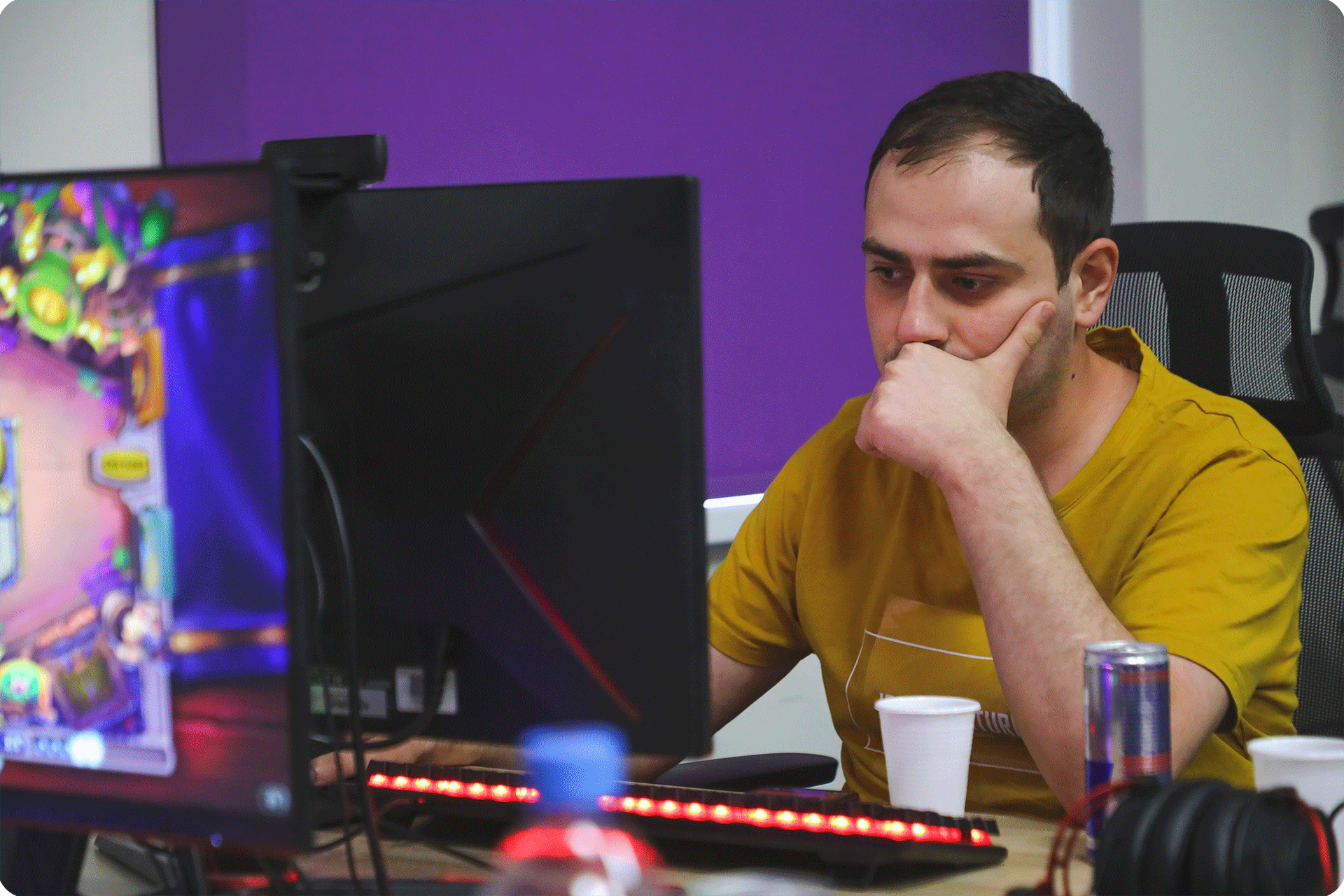 Interview with Tigran (Rorschach) Avtandilyan who is the winner of Hearthstone Spring Tournament.

Armenian Esports Federation has organized an interview with Tigran  (Rorschach)  Avtandilyan who is the winner of Hearthstone Spring Tournament.

-Before starting the interview we want to congratulate you on your victory. Let's first talk about your nickname, why Rorschach?

I watched the movie  "Watchmen" in 2016 where there was a catchy and provoking character Rorschach who was wearing a mask that reflected the images of the Rorschach test. I immediately fell in love with the character and after that whenever I needed a nickname I used that one.

- When and how did you develop an interest in Hearthstone game?

- I started playing Hearthstone at 18. Though the game was quite interesting, I soon ceased playing. Two years later I started playing again, I haven’t left the game since then. Hearthstone was distinguished by the fact that, unlike other games, what is important here is not the quick reaction but the sequence of your steps. It is important to take your time and make a sensible move.

- It is not a secret that parents and other people around do not always have a positive attitude in the games. Did you have difficulty explaining your interest to them?

- I didn’t have problems with my parents until the moment when I said that I want to become an esports athlete. First, I had to explain what esports is, who the esports athlete is and what he does. In any case, they did not take that thought seriously.

To be honest,  when I found out that in Armenia only local events could be taken in Hearthstone discipline, I myself gave up the idea of ​​becoming an esports athlete.

When I saw that there is an upcoming tournament in hearthstone discipline in Armenia I actively trained for the tournament like an esports athlete.

-What other games do you play besides Hearthstone?

- When new games are released, I play and experiment for interest, but I stop it halfway through as I did in the case of Legends of Runeterra.

Besides Hearthstone I only played the game Fallout, which I played from start to end. Anyway, in terms of games, Hearthstone has always been a priority for me.

- I like the Norwegian player Hunterace, who is a world champion. I like his playing style, his way of thinking and the mimics. In general, I highly appreciate the mimicry of esports players that is the key to delivering an interesting game.

- What stereotypes have you encountered in esports? How do you break those stereotypes in your own example?

- There are stereotypes in any field that make me struggle every day. I am far from the illusory character, which probably implies someone who spends all day in front of a computer.

I have always had academic achievements, participated in various Olympiads and won, I like reading books, watching movies, that is, I have never had lack of interests and success.

I can say the same about the other participants of Hearthstone tournament. As far as we made it to know each other, everyone was educated, had a favourite job, hobbies and interests.

-How would you describe Hearthstone Spring Tournament and your feelings throughout the whole process?

- I was thrilled when I saw that soon in Armenia there will be Hearthstone tournament. The prize pool, in its turn, doubled my joy (laughs). Of course, I did not think of winning, but at least I had some hope for the 4th place. The games on the first day were easy. I was more nervous on the second day of the tournament.  In the first game, my opponent was Hakob (Hakobs) . I am quite familiar with Hakob's game technique and abilities. In the previous tournament,  I lost to him in the fight for the 3rd place and  I took the 4th place, that's why I was preparing for revenge in this game. I managed to study his playing technique. I was very happy when I managed to win this time.

My next game was with Hakob (Stormbolt). Hakob is known as one of the best Hearthstone players in Armenia. After defeating him, my self-confidence increased even more. Following series of victories, the final passed quite smoothly.

- How did your victory change the attitude of your parents and relatives towards your interest in Hearthstone?

- After my victory, the first thing that I did was picking up the phone and calling my wife, who got so happy about my victory. She has always been sceptical about my interest in Hearthstone. My mother's first reaction was that finally, my obsessions with Hearthstone led somewhere great. I suppose that after the tournament they take esports more seriously.

- Thank you for the interview, we wish you success in future games.

- Thank you as well.