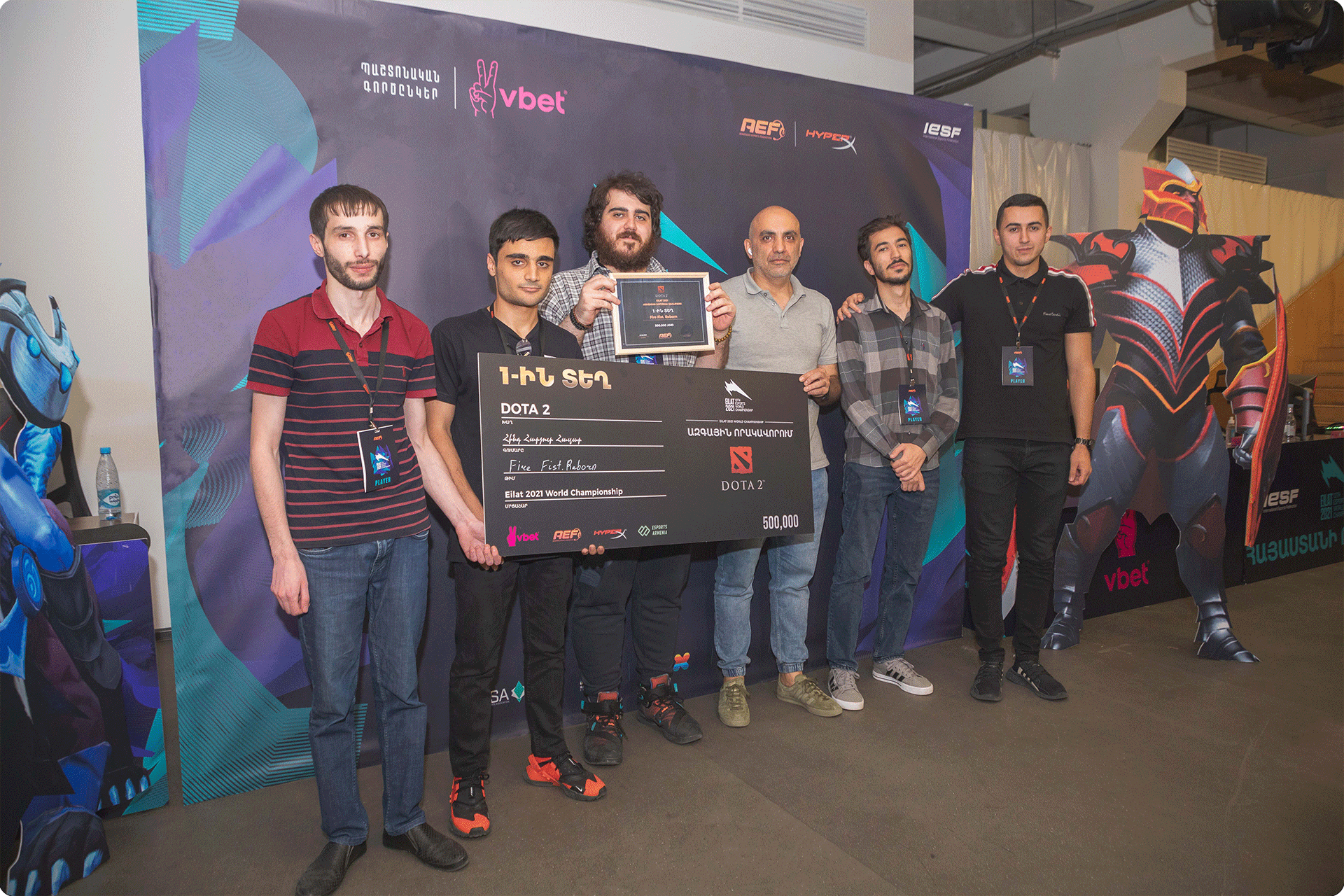 The tournament was powered by Vbet.  HyperX was the other sponsor.

The overall quantity of participating teams were 13. Teams who took up from the first to the third places were given presents by Smbat Siradeghyan who is the president of Armenian Esports Federation.

Teams showed strong persistence and there was a tense competition throughout the whole tournament.

Team Fire Fist.Reborn won the competition and got the opportunity to present RA at EILAT 2021 13-th World Esports Championship regional qualifiers. In case of qualifing the team will continue its perfomance at the Grand Final taking place in Eilat.
HyperX also had prizes for the winner. Team members of Fire Fist.Reborn got their HyperX Pulsfire Surge mouses.